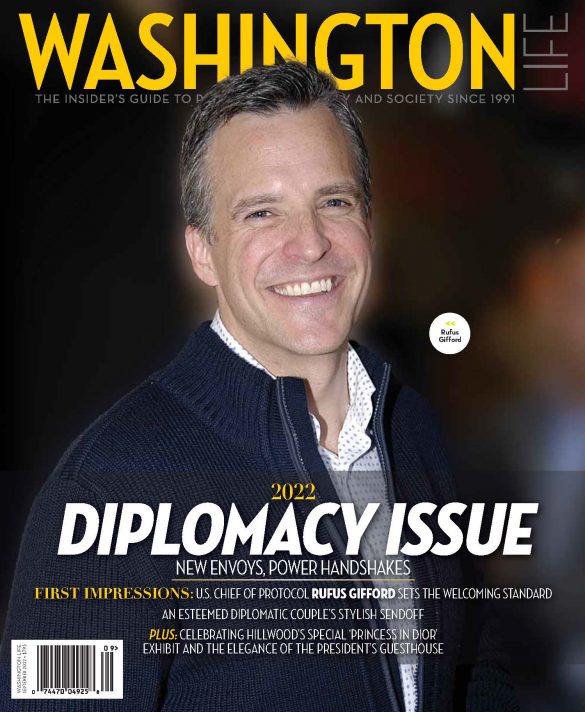 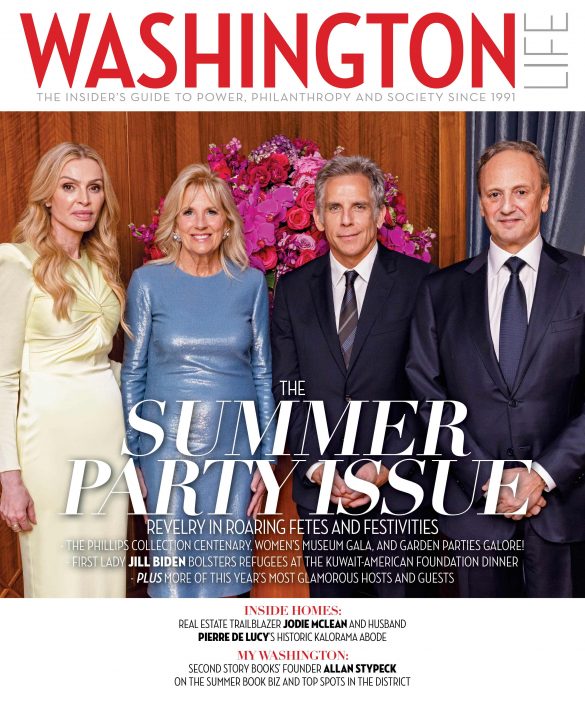 In 1873, Adams married wealthy heiress Marion “Clover” Hooper and moved to Washington, where his friend John Hay and his wife Clara lived. Hay, who had been secretary to President Abraham Lincoln, would become Secretary of State under Presidents William McKinley and Theodore Roosevelt.

The Adams installed themselves in a handsome house on fashionable Lafayette Square and became best friends with the Hays and geologist-explorer Clarence King. This witty and influential group of friends called themselves “The Five of Hearts” and their parties became the center of social and intellectual life in the city. Clover Adams presided over their receptions for statesmen, scientists, writers, a long parade of diplomats and eventually, presidents. This group was as quirky as it was socially powerful; they went so far as to design stationery, tea table china and lapel pins with the heart-shaped motif, signifying their friendship and devotion to each other. Some critics called them “the small folks,” since the average height of the three men and two women was 5’3″!

Adams and Hay soon decided it was time to have a home to reflect their social standing, and in 1884 went together to buy a parcel of land on the corner of H and 16th Streets. They hired Adams’ Harvard classmate, architect Henry Hobson Richardson, to design and construct two homes for them, which were to be attached and share the same facade.

Richardson was already well-known in this country for his unique interpretation of Romanesque Revival architecture in everything from warehouses to churches. The double house he designed was a masterpiece and “The Five of Hearts” looked forward to hosting their salon in the new mansion.

As it was nearing completion, however, Clover Adams’ father died and the event plunged her into a deep depression. In December of 1885 she committed suicide. That same year, the 345-pound Richardson, who loved good food and wine, died of Bright’s disease at the age of 48.

Upon completion in 1885, Henry Adams and the Hays moved into their adjoining houses, but the restless Adams soon left for an extended trip to the Far East. For the next several years, Adams spent much of his time traveling. He brought back art objects and furnishings from all over the world, installed them in the H Street house, and then left again on another trip. Adams, Hay and King sometimes traveled together, and kept up a rich correspondence when they were apart.

When John Hay died in 1913, Adams wrote to Clara Hay, “My last hold on the world is lost with him.” Well, not exactly. When a debilitating stroke curtailed Adams’ travels the next year, he resumed entertaining Washington statesmen and intellectuals in his H Street house until his death at the age of 80.

As for the fate of the double house on the corner of H and 16th Streets, it was purchased and torn down by developer Harry Wardman in 1927. The irrepressible builder paid homage to the two powerful families who had lived there by naming his new development the “The Hay-Adams Hotel.”

Health & Wellness: On the Road to Well-Being