Dean Zacharias sits in his room on his final day of college. The only thing collegiate about the scene is the red solo cup he holds in his hand. 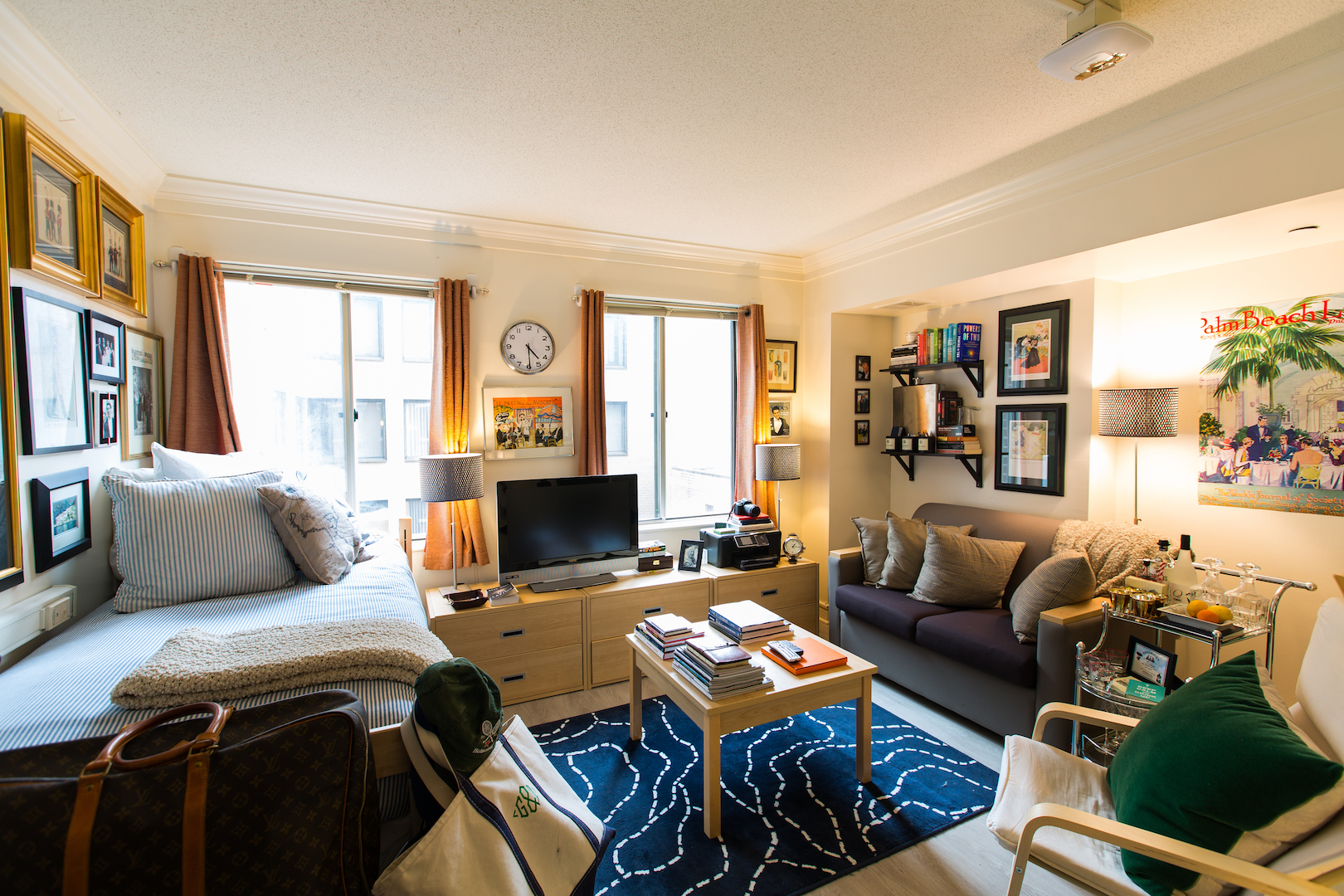 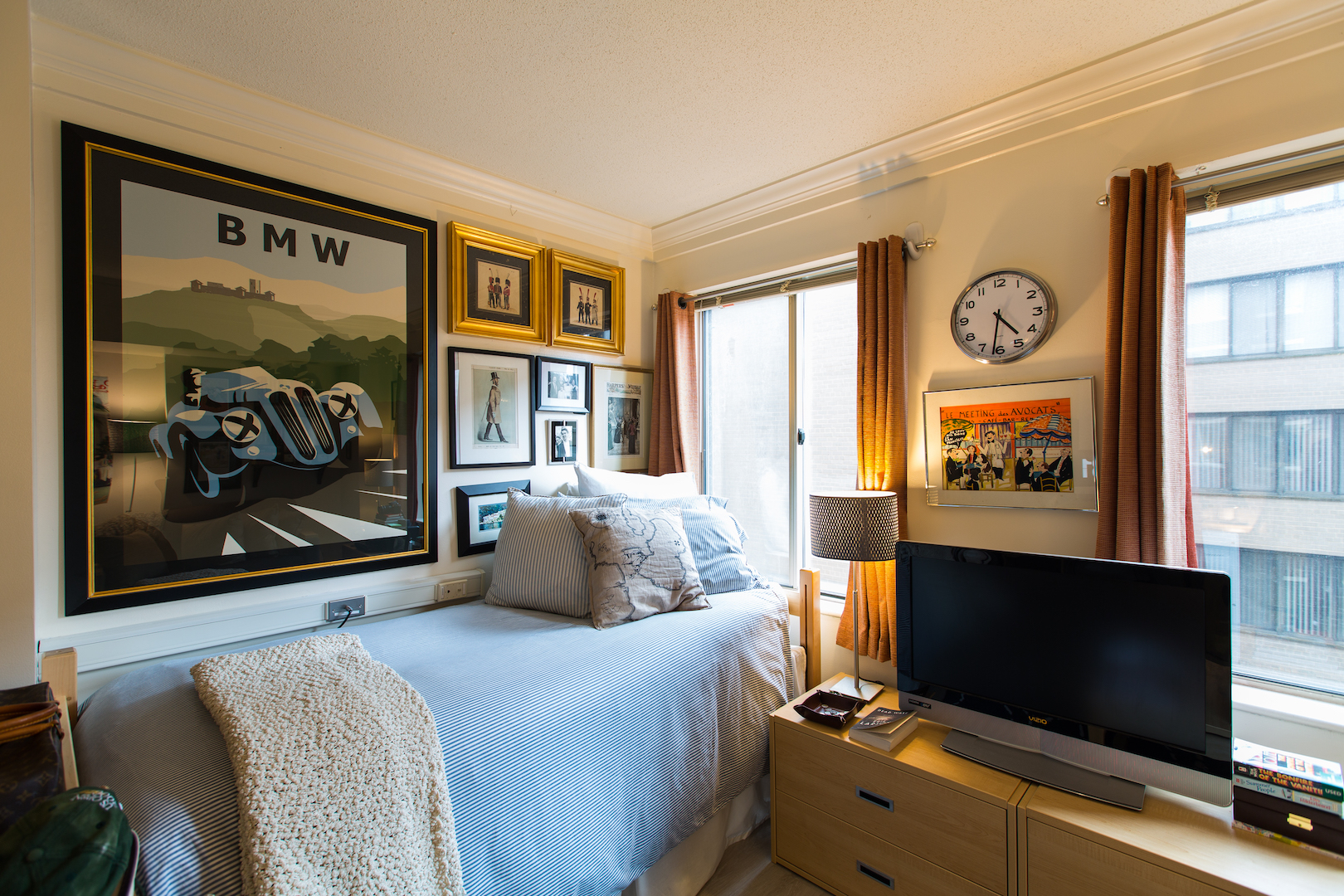 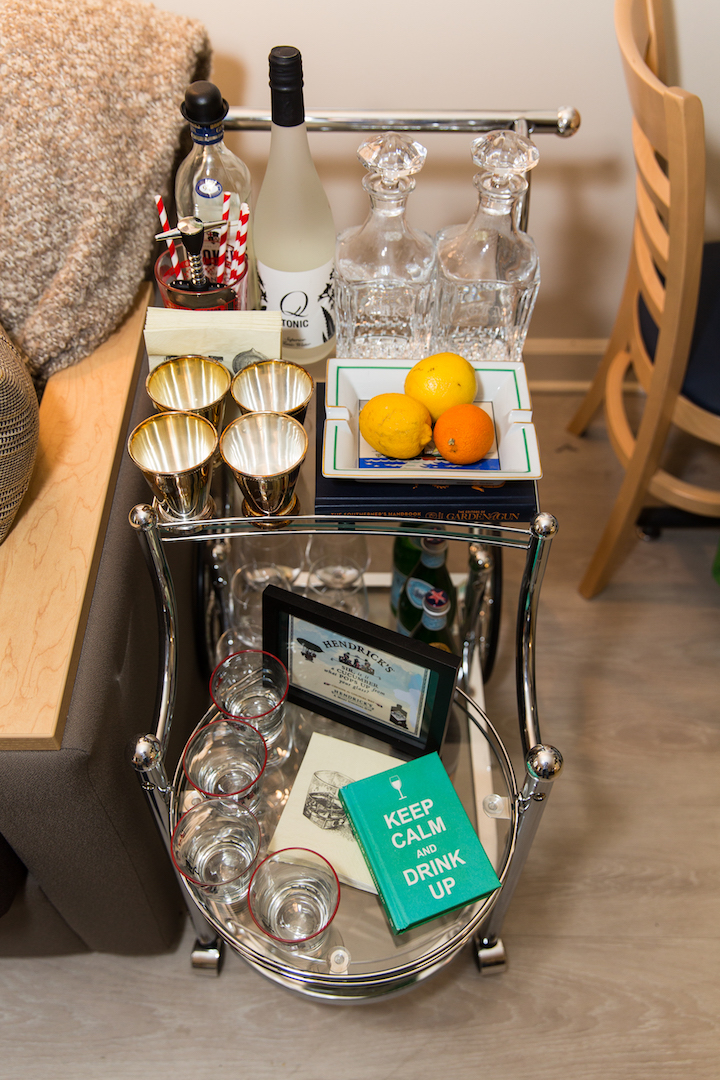 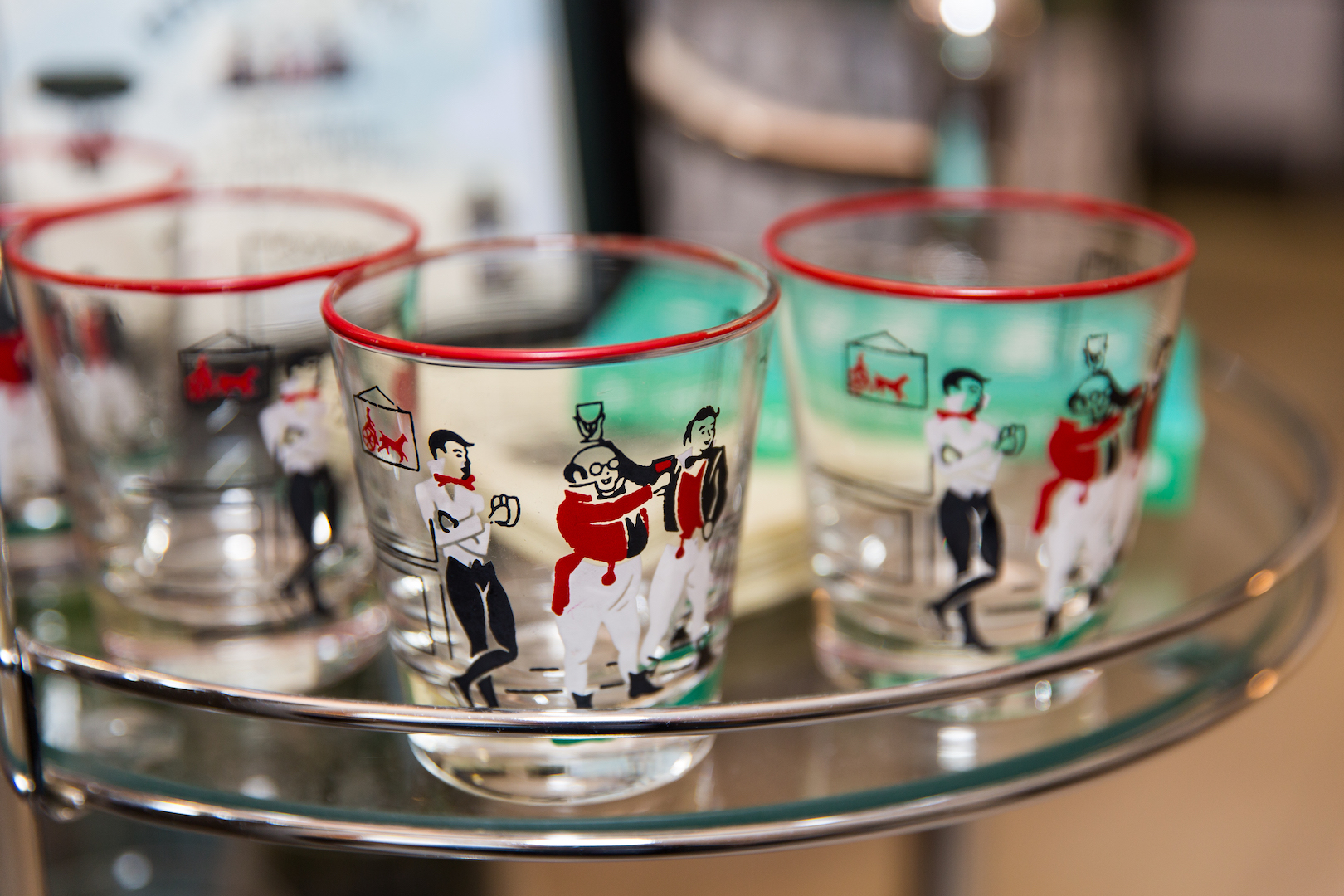 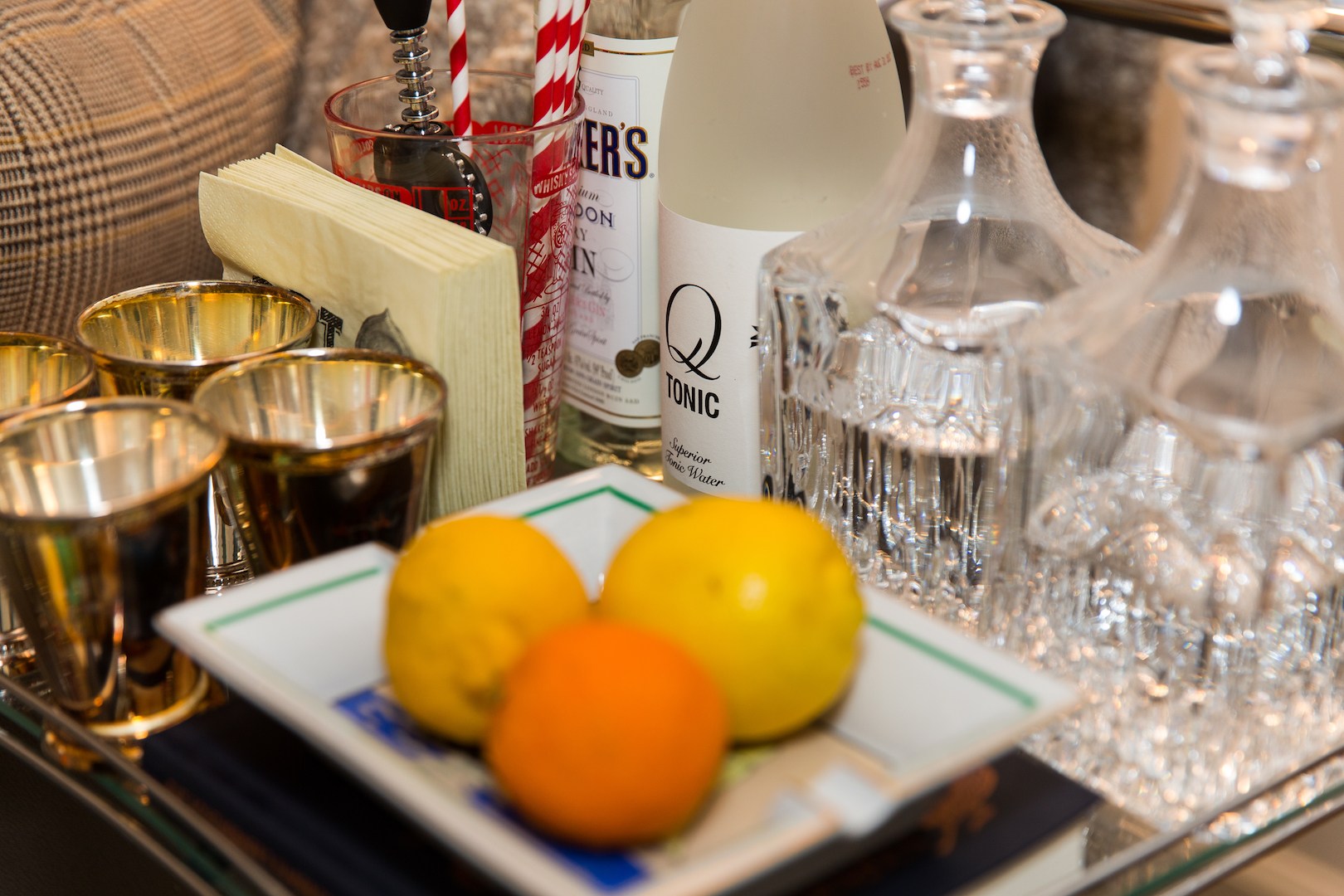 Playful German prints from the early 1900s hang on the wall. These are two of the many unique photographs that decorate every inch of wall-space. 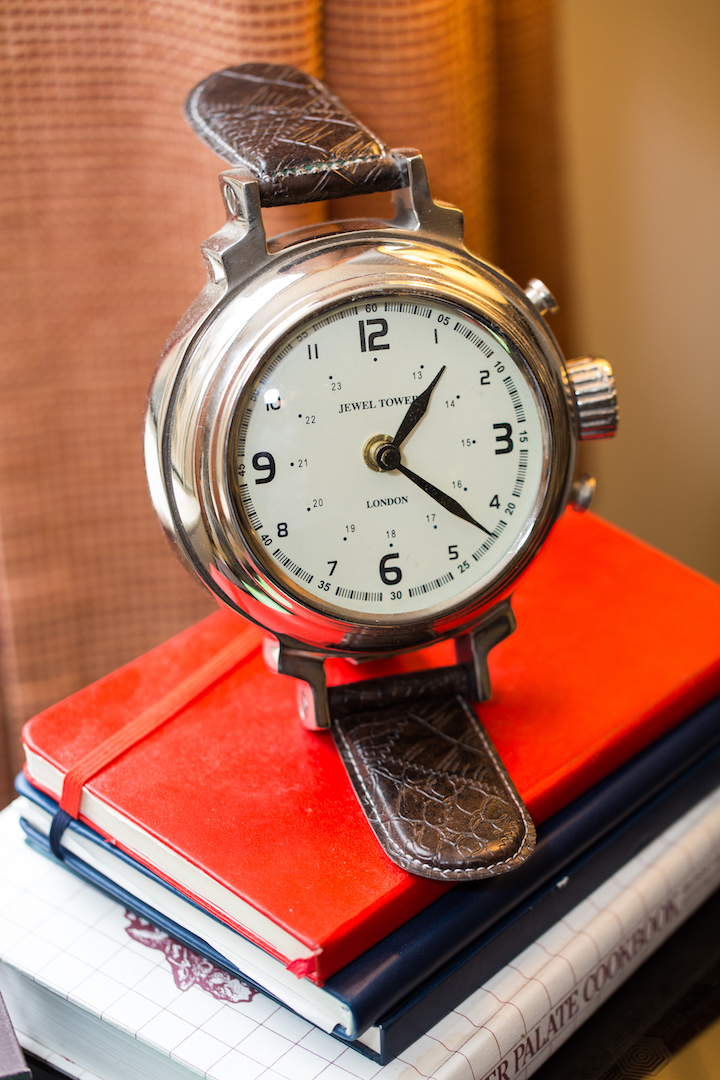 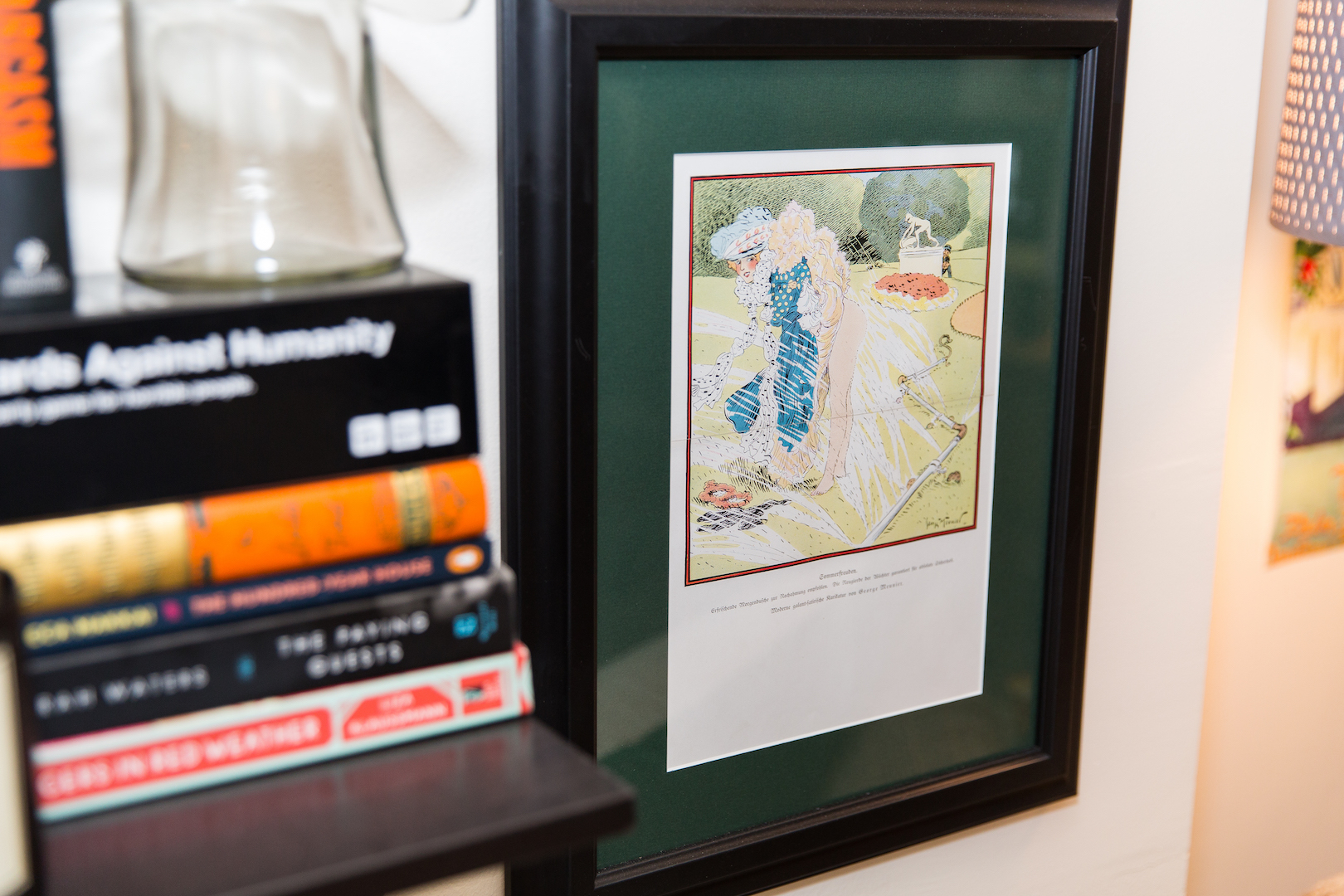 Stacks of books sit on all areas of the 400 square foot dorm. Dean's favorite genre? "Fiction that's set in the early 1900s - or anything that involves some good, family drama."

DESCRIBE THE DECOR OF YOUR ROOM.
It’s so sporadic – everything from Hermès ashtrays to raunchy 1920s prints from Germany to a full-fledged bar cart. I had no theme in terms of where I sourced the décor, but everything in that room was something that held a personal backstory. My goal when designing the space was simply to create something that made me happy to be there. I’m a big believer that our environment plays a massive role in our overall happiness.

WHAT IS YOUR DESIGN PROCESS? ANY PLACES YOU LIKE TO SHOP OR AESTHETIC YOU’RE DRAWN TO?
Don’t limit yourself. People get too caught up in the idea that a space needs to be created within a day that makes them settle for things they really don’t love. You have to be willing to hunt and get your hands dirty. Some of my favorite items have come from the Georgetown Flea Market, antique shows or random estate sales. I love anything that has some history behind it and tend to shy away from spaces that are sterile, modern or overly simple. We all have character – our spaces should reflect it.

FAVORITE ITEM IN THE ROOM?
Definitely the trio of 1822 prints from Thomas McLean. I picked up the set for $10 at the Georgetown Flea Market in the dead of winter and spray-painted the ugly frames a simple black. I saw the same ones at the Washington Winter Show this past January, looked at the price tag, and realized those prints were worth a lot more than ten bucks. The logical move would be to sell them, but I love the story behind them too much and could never let them go.

ANY ADVICE FOR MAKING GREAT USE OF A SMALL SPACE LIKE A DORM ROOM?
Shop smart and maximize every space whether it’s underneath a bed, on a wall, or in the closet. Pieces that don’t have utility should be passed up when working in a constrained area. You would be amazed what a little organization – and purging – can do in terms of freeing up extra room. My new motto: “If it hasn’t been used, worn or loved in over a year, let it go.”

WHAT REACTIONS DO YOU GET FROM OTHER STUDENTS WHEN THEY SEE THE PLACE?
Most people thought I was insane – and rightfully so. But I think I’m one of the very few people who truly loved their dorm room. While it may seem excessive to some to go to such lengths, it served as a place of refuge, comfort and escape that helped me move forward in school. Pursuing a double major, working full-time and running a blog on the side was a unique juggling act. I often found myself pulled in different directions and lost as to what I was to “do” in life. Every college student goes through this, but the feeling of “home” is powerful — it reminds of us what’s important and how strong we truly are. Having a place that echoed such positivity was invaluable.

This story appears in the September 2016 issue of Washington Life.