International Women’s Day 2020: First of Her Name, Long May She Reign

Of a million reasons to celebrate women on International Women’s Day (March 8), perhaps a few of the greatest are perseverance, resilience and outstanding performance in the workplace (D.C. proudly ranks #1 in Median Earnings for Female Workers in the country!). This group includes just a few Washingtonian women who are trailblazing in their own right. From the first woman president of the Kennedy Center to the first Muslim women in Congress, these women are the first to sit in their seats and continue to make marks in their industry every day. Holding three titles, chairman, president and CEO, Marillyn Hewson is the first woman to lead the country’s biggest defense contractor, Lockheed Martin. She joined the company 35 years ago as an industrial engineer and now, as the leader of the company, has expanded its market capitalization from just under $30 billion to $108 billion and ranks #10 on Forbes’ 2019 list of The World’s 100 Most Powerful Women.

First African-American woman to be an owner or partner of three professional sports teams: Sheila Johnson As the first African-American woman to be an owner or partner of three professional sports teams, the Washington Capitals (NHL), the Washington Wizards (NBA), and the 2019 WNBA champions, the Washington Mystics (WNBA), Sheila Johnson is one to tackle it all. She is also the first African-American woman to attain a net worth of at least one billion dollars. Aside from her many roles, she serves as a Global Ambassador for CARE, a humanitarian organization fighting global poverty and has even worked on two films that premiered at the Sundance Film Festival and Tribeca Film Festival respectively.

The Arts and Museums

First woman to serve as director of the National Portrait Gallery: Kim Sajet Born in Nigeria and raised in Australia, Kim Sajet has brought a wealth of global art experience to her position since 2013. While overseeing the museum’s collection of over 23,000 objects, Sajet has made diversifying the museum in every way a priority, including introducing Braille to all major exhibits and having a dance company in residence. She has authored  and published articles, spoken at symposiums around the world, and was the president and CEO of the Historical Society of Pennsylvania, among other prestigious positions prior to her current one.

First woman to serve as president of the Kennedy Center: Deborah F. Rutter From playing the piano and violin in youth orchestras in Los Angeles to majoring in music and German at Stanford University, Deborah F. Rutter has always found a way to include the arts in her personal and professional life. As president, she led the Kennedy Center’s first expansion called ‘The REACH,’ with the aim of increasing the public’s access to the Kennedy Center and artists, and announced SHIFT: A Festival of American Orchestras, an annual festival collaboration between the Kennedy Center and Washington Performing Arts.

First woman to serve as director of the National Museum of American History: Anthea M. Hartig In December 2018, Anthea Hartig was appointed as the first woman director of the National Museum of American History, officially beginning her tenure in February 2019. In her position, Hartig is responsible for a budget of more than $40 million, a collection of 1.8 million objects and more than 3 shelf-miles of archives. Hartig will also commemorate the 100th anniversary of the 19th amendment with three exhibitions contributing to the Smithsonian American Women’s History Initiative.

First woman to serve as director for the National Gallery of Art: Kaywin Feldman Photo © 2020 Board of Trustees, National Gallery of Art, Washington

The National Gallery of Art is one of the top ten museums in the country when it comes to budget and it’s the only one within the ten led by a woman, Kaywin Feldman. She was previously the Nivin and Duncan MacMillan Director and President at the Minneapolis Institute of Art. Since assuming her current role, Feldman has changed the direction of the museum to put a greater focus on the visitors, shifting the responsibilities of pleasing their audience from the education department to the museum’s entire staff.

First woman to serve as director of the National Air and Space Museum: Ellen Stofan Ellen Stofan was made for her role as director of the National Air and Space Museum…we mean it. As the daughter of a rocket engineer and with over 25 years of experience in space-related organizations and planetary geology research, including being the former Chief Scientist of NASA, she manages operations that see over 8 million visitors a year and a collection of over 60,000 objects, the world’s largest collection of items related to aviation, spaceflight and the study of the universe. Stofan has racked up quite the number of awards and honors, including the Presidential Early Career Award for Scientists and Engineers and the NASA Distinguished Service Medal. 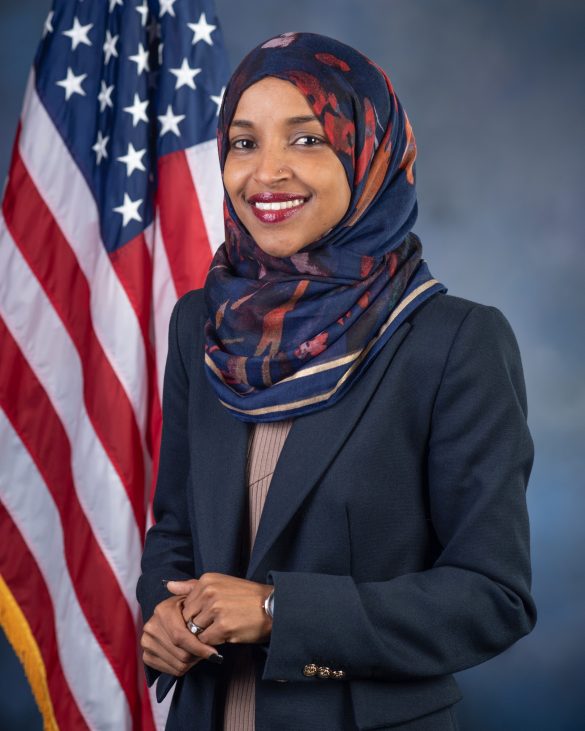 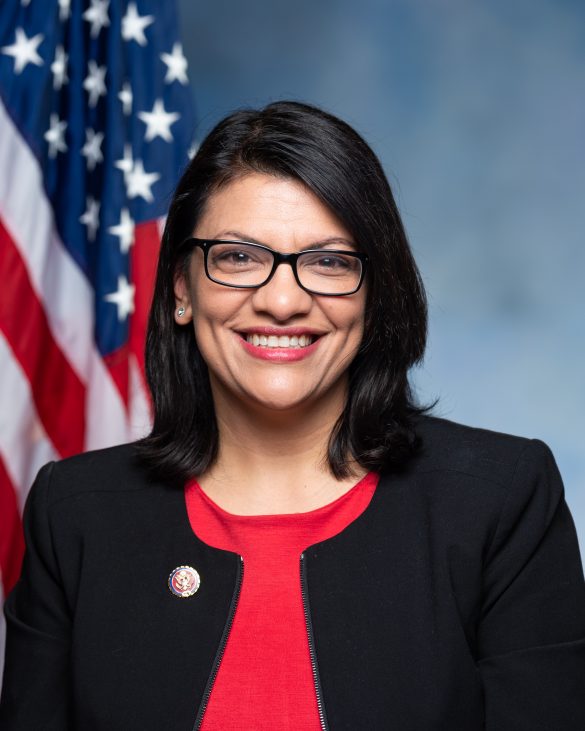 Representatives Ilhan Omar and Rashida Tlaib are both freshman class members of the 116th United States Congress, assuming their roles and new offices early last year. Since then, both Tlaib and Omar have been leading figures in the Democratic party, rallying the voices of young voters and minority voters alike around the country. Tlaib, Michigan’s 13th Congressional District representative, is a mother of two but calls herself “a mother working for justice for all”. She tackles issues from health-related issues due to environmental emissions from industrial operations to ensuring equity in civil rights and voting rights for the more than twenty ethnicities in her district. Omar, representing Minnesota’s 5th Congressional District, moved to Minneapolis as a teenager and went on to become a mother of three, experienced policy analyst and advisor, advocate, and public speaker. As a representative, she works on a range of issues, including those that target helping undocumented immigrants and fighting the rising cost of college. 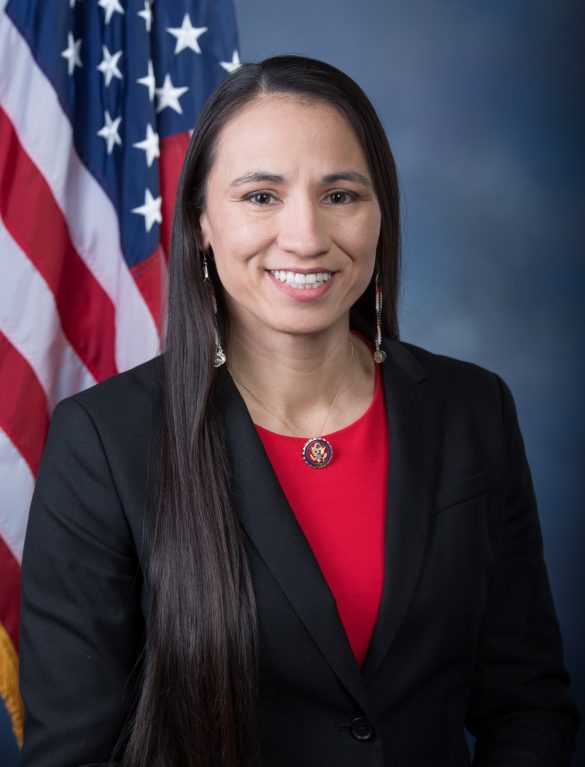 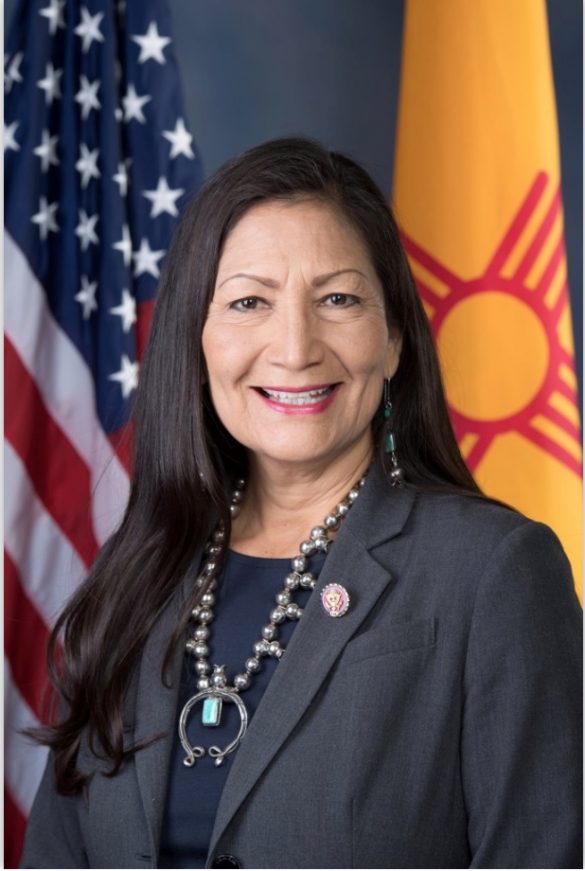 Also in the 116th United States Congress’ freshman class are Representatives Sharice Davids and Deb Haaland. A former mixed martial artist and current lawyer and representative of Kansas’ 3rd Congressional District, Sharice Davids is the first openly LGBT Native American woman elected to Congress, the first openly gay person from Kansas elected to Congresss, and just the second Native American to ever be elected to Congress. A member of the Ho-Chunk (Winnebago) people and a Cornell Law School graduate, Davids highlights the importance of an affordable education, bringing more opportunities to the middle class, and combating climate change in her work.  Representing New Mexico’s 1st Congressional District, Haaland is also the first Native American to preside over the House. Haaland is an enrolled member of the Laguna Pueblo people and wore a traditional Pueblo dress to her swearing in ceremony. Children wellbeing, protecting Chaco Canyon Area, and support for military and veteran families are just three of the important things that Haaland works on in office. Born in Bangkok, Thailand and raised all over Southeast Asia, Sen. Tammy Duckworth currently serves as the Senator for Illinois. Duckworth, an Iraq War Veteran and a Purple Heart recipient, is also the first senator to give birth while in office and the first senator to cast a vote while holding a baby, in this case, her daughter Maile.  Duckworth, has introduced multiple bills and legislation in support of immigrants, children, veterans and working families. Sylvia M. Burwell has served as American University’s 15th president since 2017. Prior to joining American, Burwell served as Secretary of Health and Human Services under President Obama and even worked for the Bill and Melinda Gates Foundation. As president of the university, Burwell introduced AU’s Inclusive Excellence Plan and announced the AU District Scholars Award that provides full scholarships to AU for some of DC’s brightest high school students, and launched the Sine Institute of Policy and Politics.

First African-American woman to be president of the Heritage Foundation: Kay Coles James Photo courtesy of The Heritage Foundation

Born in Virginia and recipient of an honorary Doctor of Laws degree from Pepperdine University, Kay Coles James was sworn in as the Heritage Foundation’s president in 2017 after 13 years as a member of their board of trustees. In 2018, James was named as one of the Library of Virginia’s Virginia Women in History. She recently led the foundation to the title of the world’s No. 1 think tank for “Significant Impact on Public Policy,” according to the University of Pennsylvania’s annual report, for the third year in a row and improved their rankings in 13 categories. Being the leader of the world’s largest non-profit, nonpartisan membership organization is no small feat. Jo Ann Jenkins was appointed as the CEO in 2014 after serving as COO for two years. She has previously worked for the Department of Housing and Urban Development and the Department of Transportation. As a leader in her work, she advocates for women in leadership positions and African-Americans in healthcare and has transformed the AARP, redefining its vision and our perceptions of aging. As the ninth Bishop of Washington in the Washington National Cathedral, Mariann Edgar Budde has certainly made herself an incredibly important figure for our city. The spiritual leader for 88 Episcopal congregations and ten Episcopal schools in the region has worked to meet the needs of a changing world with faith. Just last year, she released her second book, “Receiving Jesus: The Way of Love”, and her sermons have been published in a number of books and journals.