Notice: Function WP_Scripts::localize was called incorrectly. The $l10n parameter must be an array. To pass arbitrary data to scripts, use the wp_add_inline_script() function instead. Please see Debugging in WordPress for more information. (This message was added in version 5.7.0.) in /home/washlife/httpdocs/wp-includes/functions.php on line 5833 Dana Bash hangs out in her newly-refreshed foyer.

On any given day, you might find CNN’s chief political correspondent Dana Bash visiting the U.S.-Mexico border alongside Vice President Mike Pence, as she did earlier this spring, or making one of her frequent treks across the country to spend time with her boyfriend of six years, actor Spencer Garrett. Caught between a hectic work schedule and long-distance relationship, the journalist, 48, considers her upper Northwest Washington dwelling to be a refuge. In describing being home with her eight-year-old son Jonah (from her previous marriage to CNN’s John King), she uses words like “heaven” and “oasis.” Bash’s family room redesign began with installing navy sisal grass cloth wall covering by Winfield Thyboy and painting the wainscoting bright white for contrast. The traditional stone fireplace was modernized with black granite. Garrett painted a custom piece to play on the home’s nautical theme. Bash calls the space where she spends most of her time a “light, bright, happy room.” The painting that hangs over the fireplace is Dr. Seuss’ “New Years Eve at the Symphony.” The sectional is A Rudin.

Bash was initially drawn to the property in 2007 because of its quiet suburban charm and expansive outdoor space featuring a patio and a pool. With an active, baseball-obsessed son, she has now come to appreciate the family-oriented vibe of the neighborhood and its walkability. “What I like about it is that it’s similar to how I grew up,” the New Jersey-native explains of the affable community. During our interview, as if on cue, Jonah and a neighborhood friend pop in from next door to say hello before running off to their next activity. 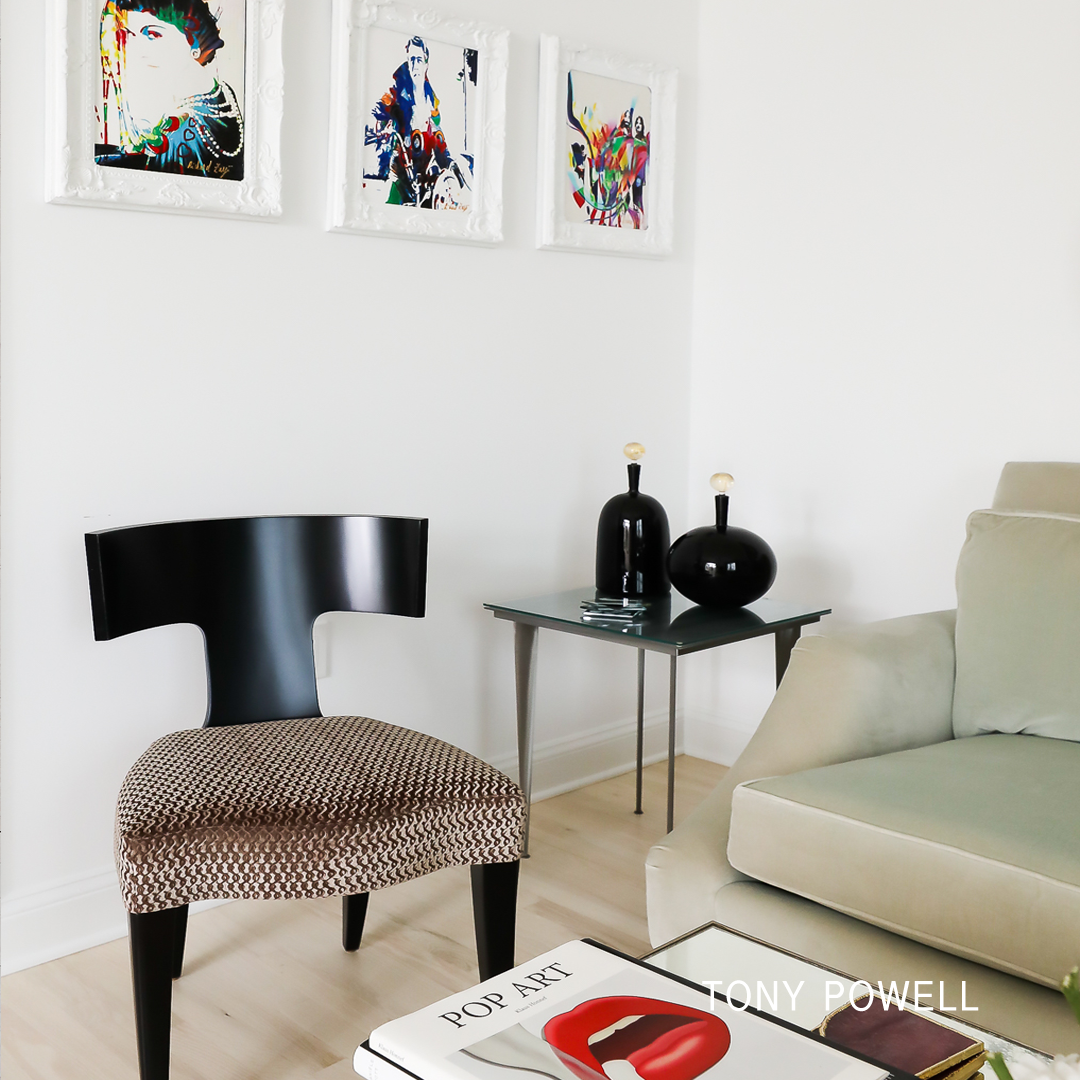 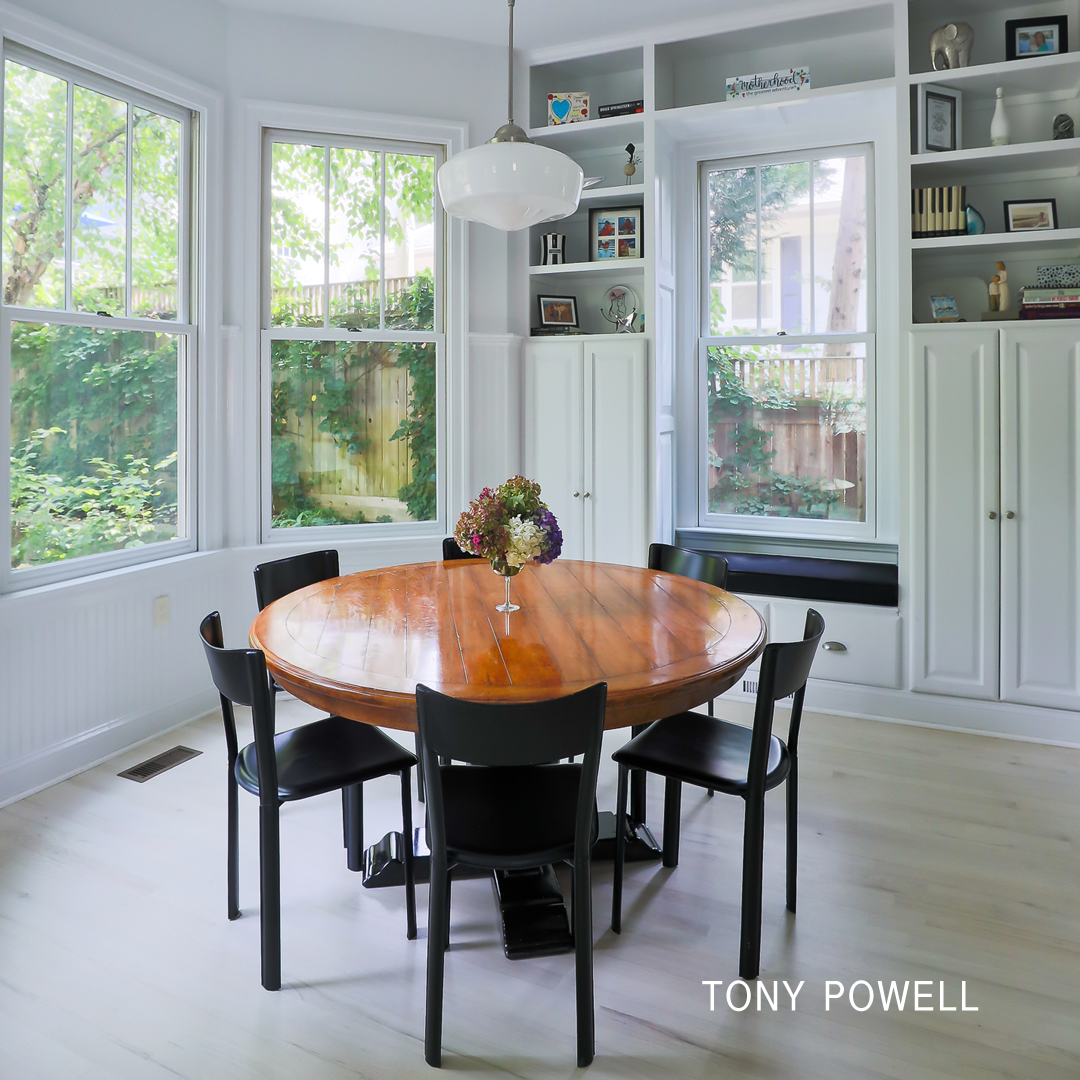 A light-filled breakfast nook designed by friend Susanna Quinn. Bash likes to have her coffee and read the newspaper at the kitchen table overlooking the backyard. 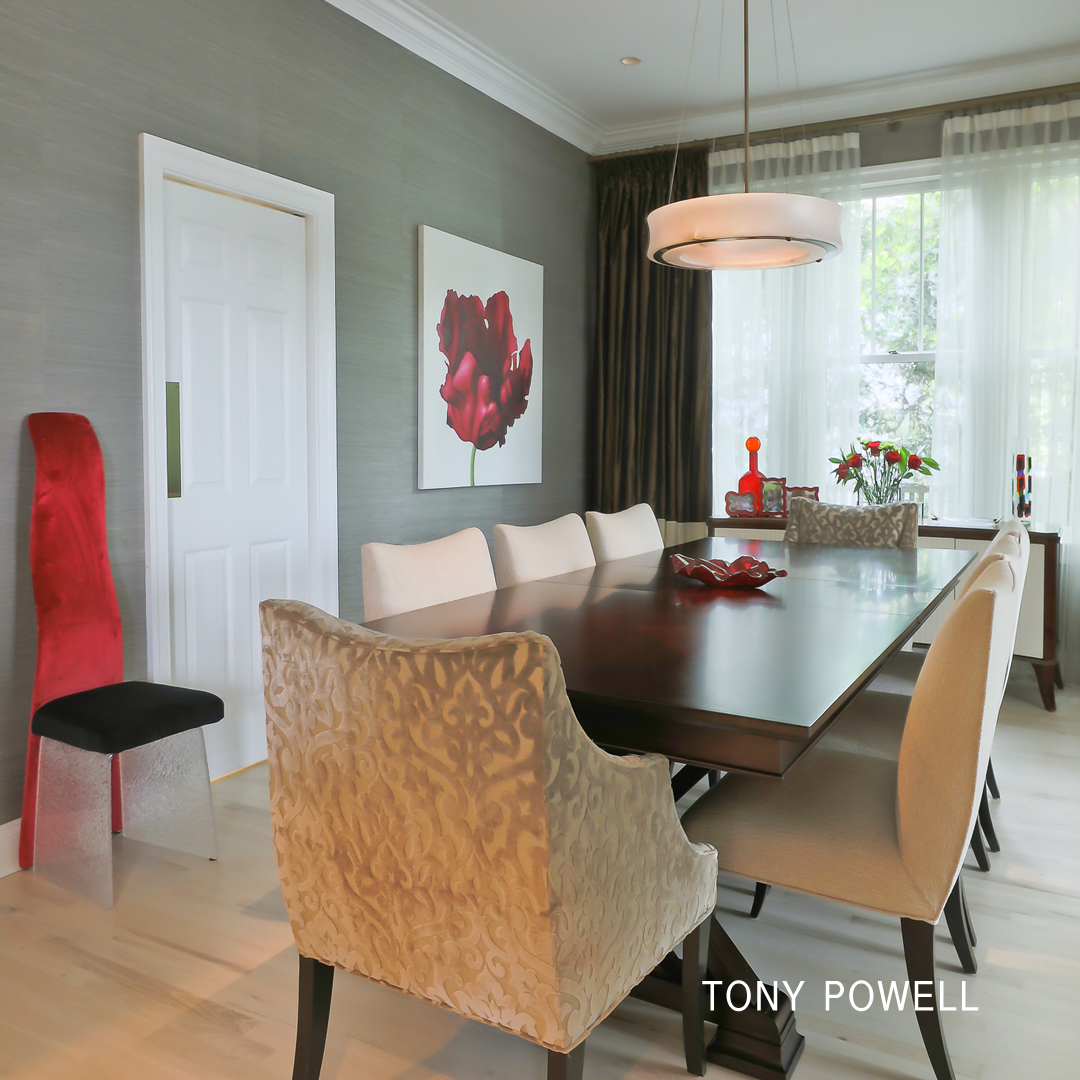 The dining room features artwork by Garrett and a complementary antique chair Bash bought in Hudson, NY. The table and chairs are from now shuddered Urban Essentials. 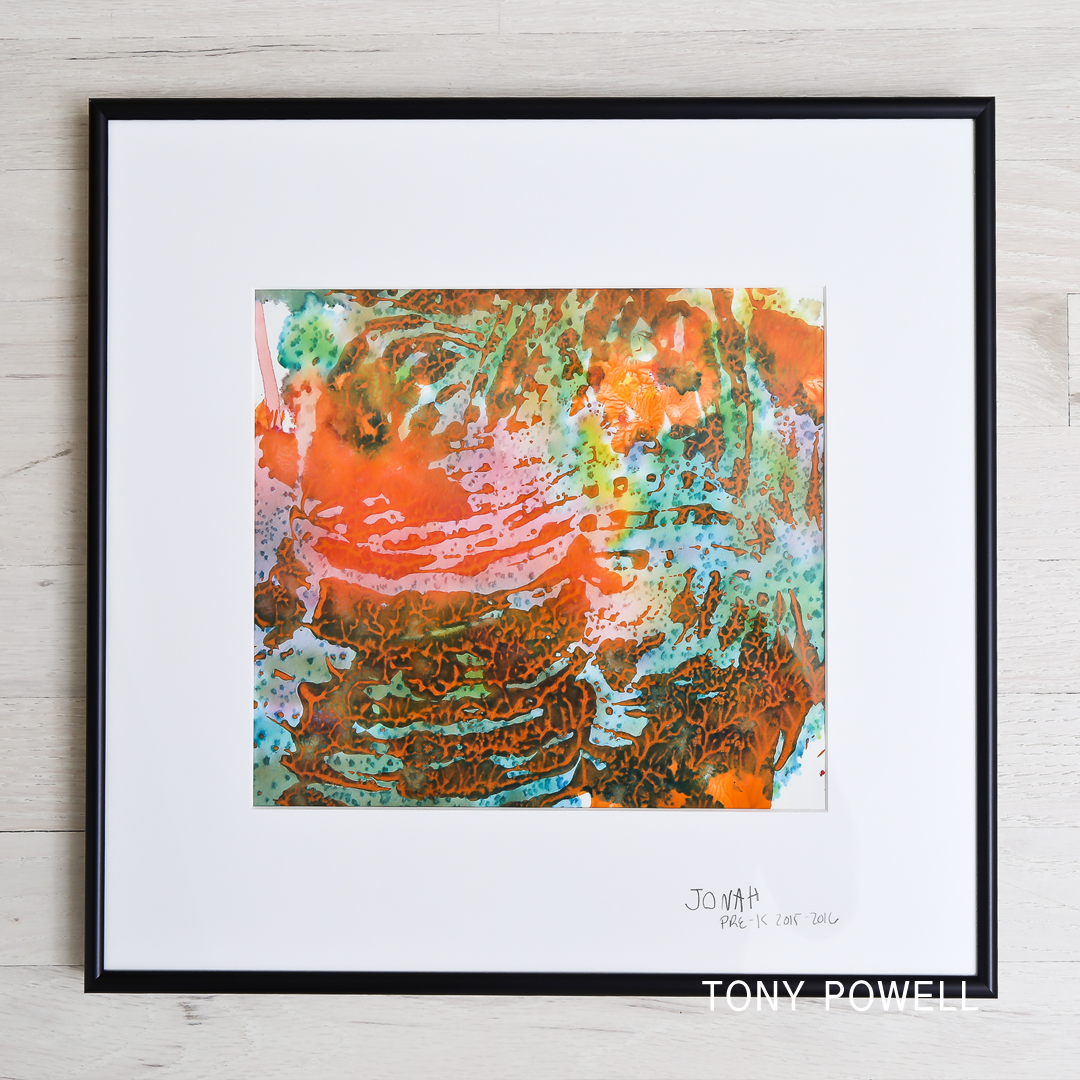 Jonah's artwork is displayed in the home's front entrance

Over the course of the last year, in what Bash calls an “organic process,” she began a gradual upgrade of the interiors using “fresh and bright” New England sensibilities to guide the undertaking. “This is my Nantucket house in Washington,” Bash quips, citing the picturesque island as one of her and Garrett’s favorite vacation spots. For her renovation efforts, she outsourced advice from friends and her trusted designer Melissa Broffman (who assisted her in the decorating process the first time around). Step one was installing light-colored hardwoods from Universal Floors on the recommendation of pal and residential developer John Cecchi. “I drew inspiration from my friends who I think have great style,” she explains, gesturing toward a kitchen nook designed by Susanna Quinn and a stairway banister painted glossy jet black following a suggestion by Carolyn Gluck. The Niermann Weeks chandelier was left by the previous owner. “Tordo” by Christopher Guy hangs over the living room couch. The Jacqueline Kennedy embroidered pillow is from Jonathan Adler. Of her style icon Bash says “Don’t you think everyone needs a pop of Jackie O in her house?”

Having purchased the house from an interior designer, Bash inherited a tasteful base, including floor-to-ceiling build-in shelves in the family room and a Niermann Weeks chandelier that anchors the living room. She has taken her time getting comfortable there, adding aspects of her own personality through eclectic art, feminine touches and elements of decor that hold meaning. Scattered throughout the house are gifts from friends and family, a piece of art by Jonah’s nanny Rosalba and most notably, two paintings by Garrett (who paints as a hobby) that hang in the living and dining rooms. There is also a blossoming collection of art by Jonah – Bash frames one new painting of his every year.

Perhaps the most personal area of the house is Bash’s newly-designed basement. Half playroom, half movie theater, it satisfies her and Jonah’s love of film and plays. An entire wall is dedicated to signed and framed Playbills from their Broadway adventures. Another gallery display serves as a living diary of images chronicling Bash’s storied career, first as a television producer and eventually a well-known and well-liked on-air personality. She counts crossing the Edmund Pettus Bridge in Selma, Ala. with Rep. John Lewis as one of her most memorable professional moments. The basement has games, movie theater-style leather recliners and posters of Bash and Jonah’s favorite movies.

Bash’s mother, Frances Schwartz, who lives nearby, wanders in as I ask Bash to describe her personal aesthetic. “In one sense you’re classic, but in another sense you’re willing to take risks,” Schwartz says to her daughter – a statement that seems to take on double meaning. “Is that how you are in life?” I ask. Bash pauses, then refers to a colorful piece of art by T.S. Harris that hangs in her hallway depicting a swimmer doing a back dive in mid-air. “That’s my spirit animal,” Bash says. “She’s free, to me it’s about freedom and strength…My goal is to be that person.”

To CBD or Not to CBD