Fox News’ Ed Henry opens up about his family bond, what it’s like to stare death in the face, the Nov. 6 Patriot Awards and his love of D.C. sports. Sacrifice has a different meaning for everyone. For some it might be making a big lifestyle change, helping a family member in crisis or taking a step away from a job to focus on a new goal. But for Ed Henry, Fox News Channel’s chief national correspondent and host of Fox Nation’s Ed Henry’s Front Row Seat, it meant all three.

After seeing his younger sister, Colleen — a single mother of two — battle with a degenerative liver disease and endure the difficult process of waiting for a donor, Henry announced (in July 2019) that he would be taking a medical leave to donate 30 percent of his liver to his sister. Before officially sharing the news with Colleen, Henry, 47, went through several months of preparation and physical/mental testing in order to be cleared as a healthy candidate. He notes that the process — pre and post-surgery — was transformative.

“I feel like practically my whole life changed,” Henry said. “I had to lose about 15 pounds and give up drinking for several months to do this surgery, so this was not just about me helping my sister. Colleen helped me get healthier.” In just about four to six weeks post-operation, Henry’s liver regenerated back to its full size. He credits his speedy recovery to diet, exercise and strong support from Fox News CEO Suzanne Scott and a virtual prayer army from the Fox audience. However, Henry says that his focus has been on his sister the past few months as her portion of the transplant was much more invasive.

“She had more bumps and bruises and a longer stay in the hospital, but I am happy to report that her most recent MRI showed that she has ‘normal liver function’ and no rejection of the part of my liver I donated,” Henry said. “It is nothing short of a miracle.”

The brother-sister duo are now closer than ever, and together share a story of hope, love and the power of modern medicine. “Our biggest contribution as a brother and sister team, moving forward, is going to be about bringing more awareness to live donations,” Henry said. “We can and will do better.” According to the American Liver Foundation, there are around 8,200 liver transplants per year and only 400 of those transplants are with living donors. Furthermore, there are 14,000 people currently on the donor list, and three to five individuals die per day waiting for a transplant. Ed and Colleen Henry as children.

Despite the current situation, Henry says that there is a lot of hope for the future. After the emotional story was shared on the Fox News platform, the American Liver Foundation contacted Henry to relay the shocking number of people who called in and signed up to be online donors as a result. The experience gave Henry a renewed sense of purpose and passion for his career, and inspired his newest Fox News venture.

“After staring death in the face, some of the emails and tweets you get about partisan politics matter a whole lot less,” Henry said. “I’m thrilled to have this new shot at Fox Nation called ‘Ed Henry’s Front Row Seat,’ where I totally stay away from politics. It’s a deep dive with mostly sports stars who offer life lessons on what they’ve learned from success and failure in their lives.”

Henry says he looks forward to seeing his children, Patrick and Mila, build their own life experiences. “I am thrilled to watch my son Patrick grow into a wonderful young man,” Henry said. “He is studying communications at the University of Miami, and I am excited about sitting back and watching the next generation of young journalists like him rise up.” Henry adds that his favorite part of recovery was taking a father-daughter cruise with Mila to Spain, Italy, Monaco and Monte Carlo, and is already looking forward to the potential of a cruise to Greece with her next year. 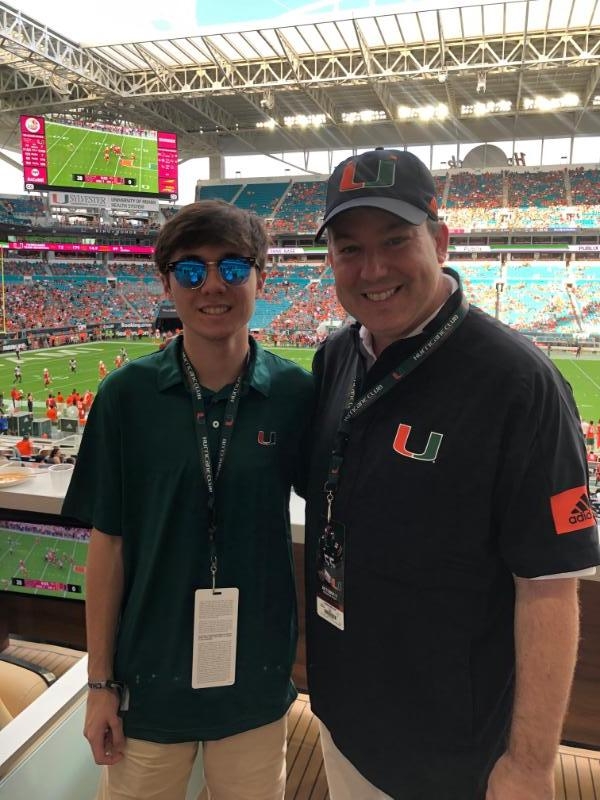 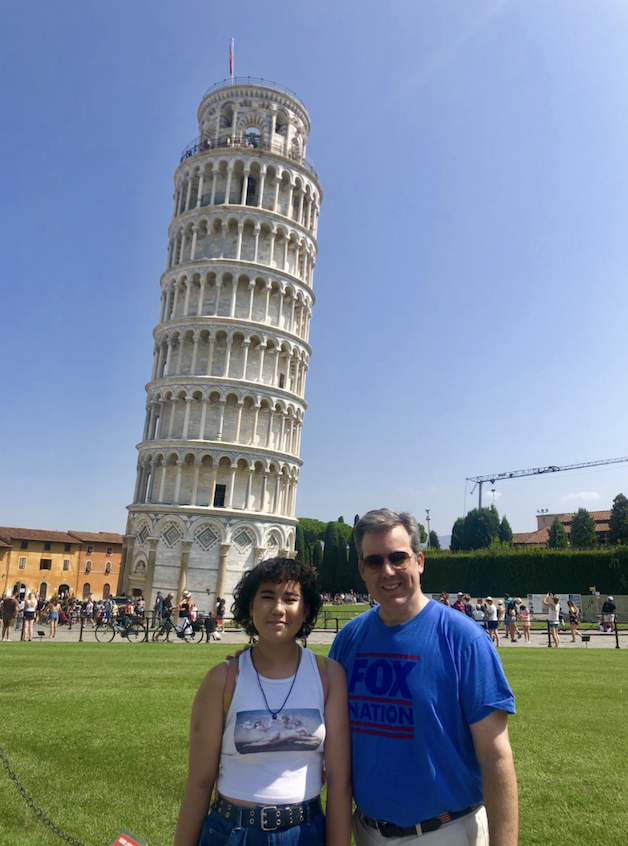 However, as much as Henry loves traveling he can’t stay away from D.C. — or city sports — for too long.

“I would say one of our (Henry and wife Shirley’s) favorite things to do in the city is head to a game with the now world champion Washington Nationals,” Henry said. “I grew up a Yankees fan and they’re still in my heart, but Washington is my adopted hometown. We love nothing more than throwing on some red caps, driving down to Nationals Park, and getting a bag of peanuts. Next spring my recovery will be complete and I can finally add a cold beer to go with the peanuts.”

“It’s (the Nation Patriot Awards) all about honoring ordinary folks doing extraordinary things,” Henry said. “We should be celebrating public servants of all political persuasions — everyday heroes in our communities all across America.”