Evelyn Tee and Daryl Sng put a modern spin on their traditional brick Tudor in Bethesda. In Singapore you always have 12 hours of sunlight.” Daryl Sng notes. “After 10 years in America you realize the darkness weighs on you.” In Sng and his wife Evelyn Tee’s tropical birthplace, nature seamlessly interplays with home design and lifestyle norms through communal outdoor courtyards, lush greenery and sun-filled open living spaces ripe for entertaining. When the couple began their home search in 2015, having these links to their homeland became non-negotiable. The pair, who met in Singapore, made their way to the District after Sng got a job with the Embassy of Singapore and Tee with the World Bank. It wasn’t long before Tee fell in love with the nation’s capital and while the two pursued graduate degrees at the University of Pennsylvania and Princeton University, respectively, they began scouring the market for a Washington area residence. Tee found the Bethesda house they now call home on Zillow, but with mounting pressure from several prospective buyers for the coveted neighborhood listing, they placed an offer without her ever stepping foot inside. The sellers settled on Sng and Tee’s bid over a developer based on the young couple’s promise not to tear down the existing structure. 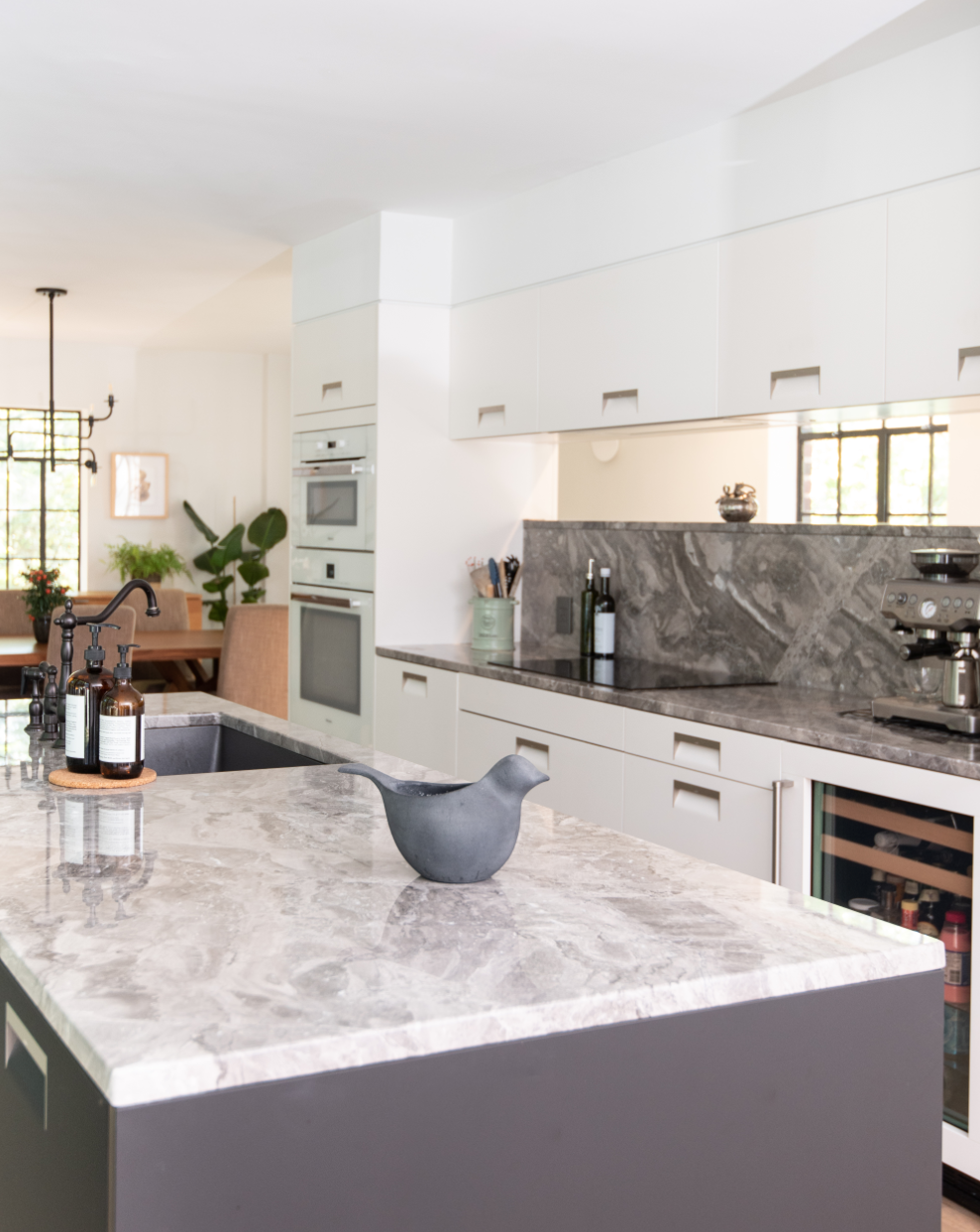 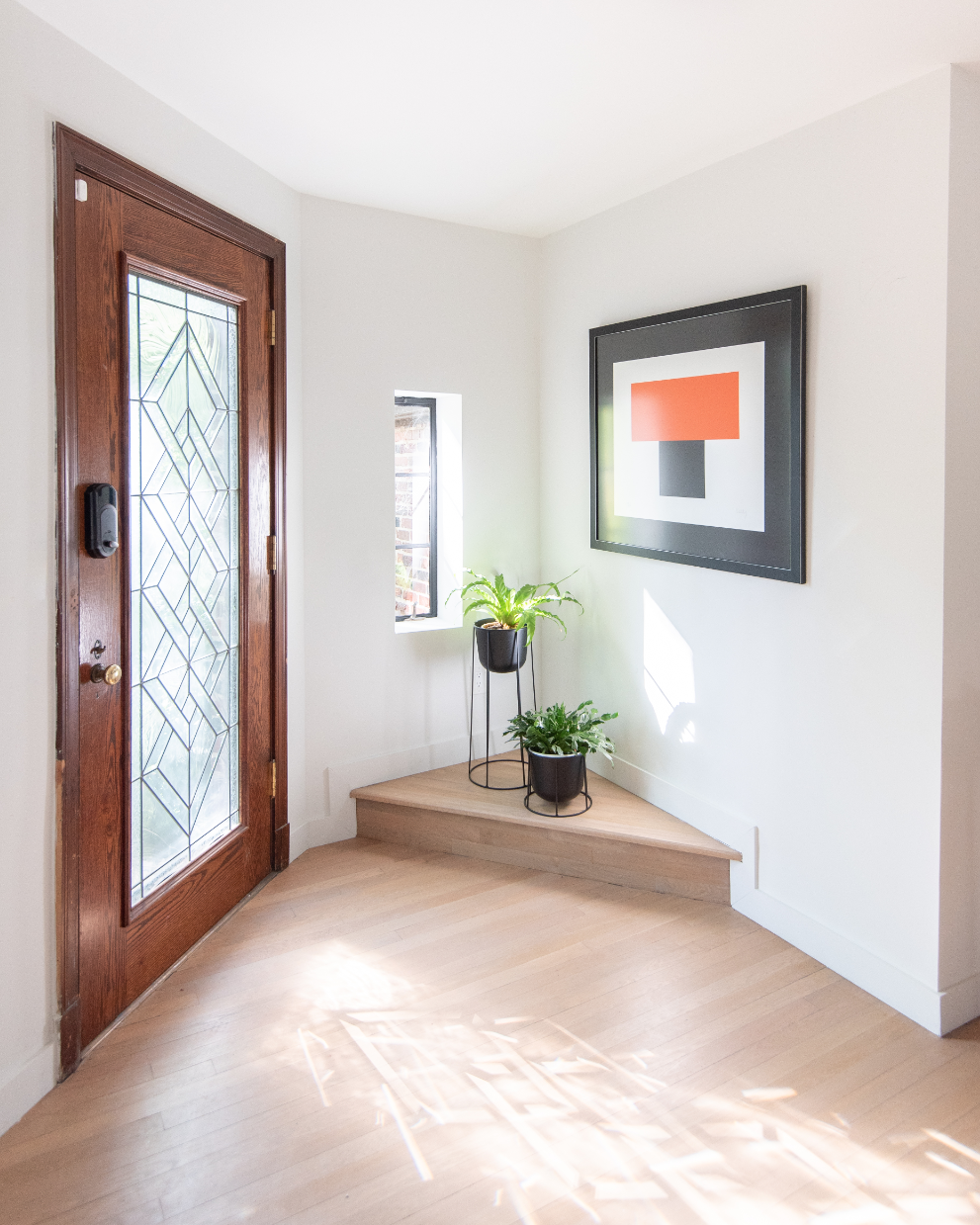 The 1938 brick Tudor sits on a 30,000-square-foot lot atop a 40-foot slope in a quiet suburban community surrounded by trees. Recognizing its stellar hilltop location and good bones, Tee and Sng imagined blending the traditional façade with a modern layout and addition. They lived in the space for a year to get acquainted with patterns of sunlight and seasons before embarking on the long challenging process of finding an architect with an aligning vision. On meeting Paola Amodeo Newman of Paola One Design, Tee says “we hired her on the spot because it was such a natural match.” Working off the premise that the integrity of the charming European-style structure should be maintained, Newman carefully considered old drawings to respect the proportions of the original design. During the one-and-a-half-year renovation, the couple lived in the basement with their young son Robert who referred to the experience as “one long camping trip.” The first step of the remodel was tearing down an addition from the 1980’s that had been haphazardly slapped onto the back of the kitchen. In a review of the project Newman writes, “To attach a modern addition to such a compact and elegant design required a careful study of the proportions and its placement on the site.” The result is an adjacent glass and steel cubic structure jutting out toward the woods giving the home an L shape. The courtyard, which was an important nod to the couple’s Singaporean roots, served a dual purpose by anchoring the space and facilitating a “continuous interaction between the original house and a separate, but connected, addition.”

When it came to interiors, Tee and Sng took a worldly approach that was both modern and restrained, but never cold. “Cement and a lot of glass wouldn’t suit us,” Tee says. Keeping the house’s original wood floors helped maintain its warmth as do many of the large Indonesian teak furnishings, which are heirloom pieces the couple had shipped from Singapore. As for their countless houseplants, Tee says, “We grew up in a tropical country so having greenery all year round is something very natural for us.” The pair recently noticed that most pieces from their art collection are by Asian artists educated in the United States—further solidifying a connection to their own personal journeys. “The art is reflective of different times and phases of our lives,” Sng says. Tee adds that they have drawn inspiration from their international travels and admits she sometimes chooses hotels solely based on their design. Tee and Sng, who are expecting twins this month, have more on their punch list. ”Our home will constantly evolve with the growth of the family.” Tee says. “Because your home is a reflection of you, as we grow it will naturally grow too.”