Balls and GalasCalendarMusic and Performing Arts

Capital Fringe Veteran Actor-Manager Hilary Kacser brings to the 5th Anniversary Festival two one act plays with intermission in a full length double bill. 2 REPRISES: “In PURSUIT of the ENGLISH” / “DISORDEr,” comprises “In Pursuit of the English: Rose,” the original, one-woman show which sold out at 2006’s Inaugural Fringe, and the revised “DISORDEr,” which workshopped in 2009’s “2 Shows: Disorder / Plant Psychic.”

Kacser’s dramatization of 2007 Nobel Prize Laureate Doris Lessing’s memoir, “In Pursuit of the English” brings to life “Rose,” a woman who recalls with wit and pathos how she survived the World War II Blitz of London. Kacser performed by invitation the only dramatization of Lessing at the Doris Lessing Conference in England in July 2007.

An uncannily recognizable and potentially alarming encounter with hoarding behavior, “DISORDEr” humanizes and humorously leavens the “clutter component” of Obsessive Compulsive Disorder (“O.C.D.”). Conceived in Laura Zam’s Solo Lab, “DISORDEr” will be presented by the International Obsessive Compulsive Disorder Foundation at their Annual Conference in Washington, DC, this July (http://www.ocfoundation.org/).

Kacser won grants from DC Commission on the Arts & Humanities and Humanities Council of Washington, DC, worked as a Helen Hayes Theatre Legacy Project Artist-In-Residence and a Dialect Coach at Sidwell Friends School, trained at the London Academy of Music and Dramatic Art (LAMDA), and graduated from Brown University. 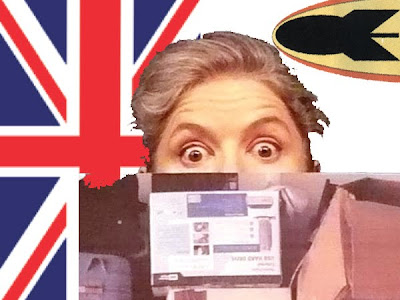 The Dish: A Reason to Storm the Streets of Old Town